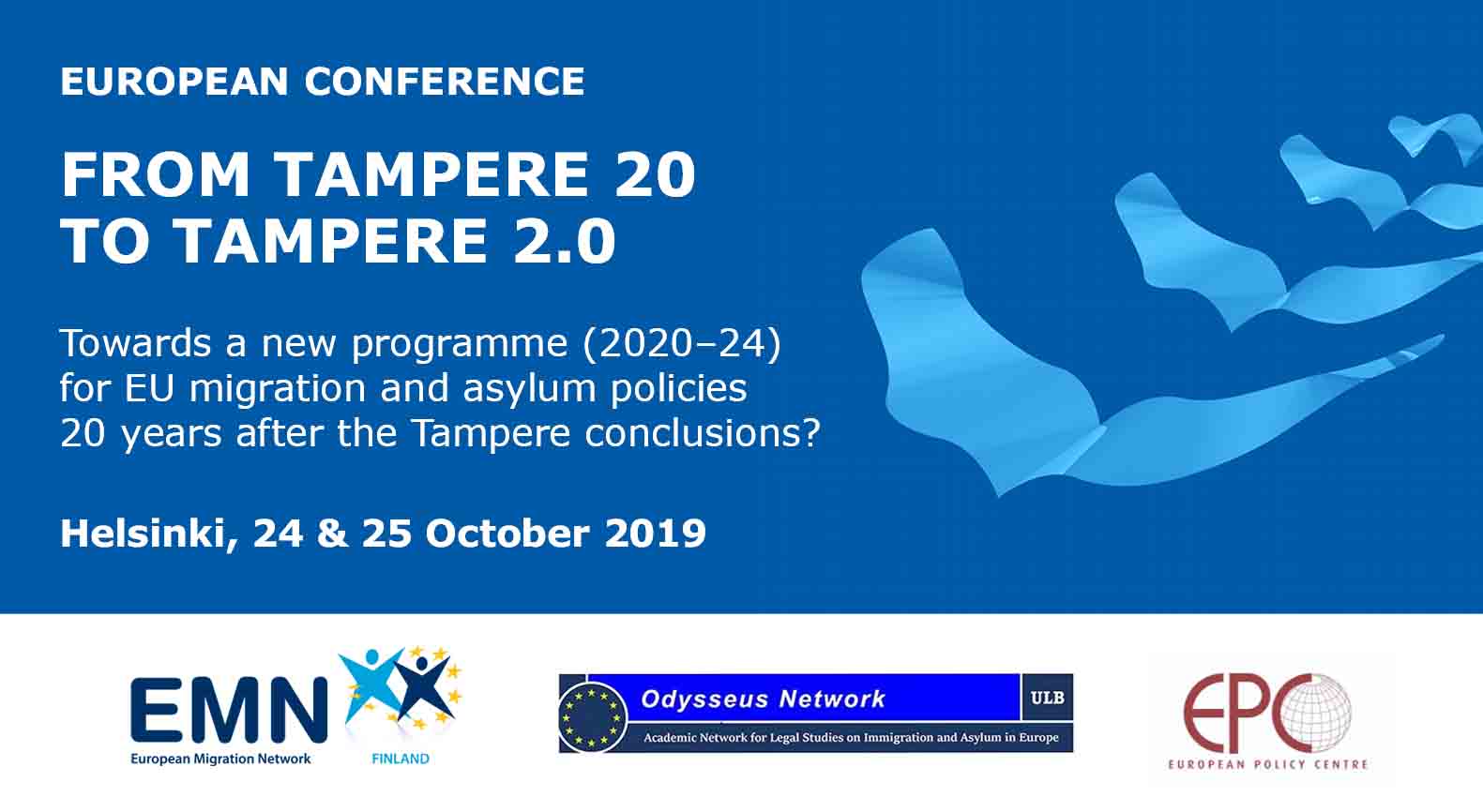 The Tampere conclusions, adopted by the European Council in October 1999 under the Finnish Presidency launched politically the new policy on migration and asylum after the Treaty of Amsterdam provided new competences in those areas to the European Union. Since then, the European Council has adopted several five-year programs (The Hague in 2004, Stockholm in 2009 and guidelines in 2014). The different fields of this policy – visas and border controls, legal migration, integration of migrants, fight against smuggling and trafficking, return of third-country nationals, asylum in all its dimensions and the external dimension of these areas – have all developed considerably during this period. Most recently, in response to the migration challenges of 2015–2016, the European Commission launched its European Agenda on Migration.

Taking stock of the achievements to date, it is now a crucial moment to look again at the future of Europe’s migration and asylum policies in view of the EU’s Strategic Agenda and its next five-year programme for the Area of Freedom, Security and Justice (2020–2024).

More than celebrating the 20th anniversary of the Tampere conclusions, this conference aims at exploring ideas and suggestions for the future. It is organized as a joint effort of the European Migration Network Finland, the Odysseus Academic Network and the European Policy Centre (EPC) in connection with the Finnish EU Presidency. High level speakers such as Director General of the IOM Antonio Vitorino, UN High Commissioner for Refugees Filippo Grandi, Executive Director of EASO Nina Gregori and ICMPD Director General Michael Spindelegger have confirmed their participation. High level representatives of EU institutions and Agencies, Member States, NGOs as well as leading academics will participate.

There will be a range of workshops attended by stakeholders and policy makers from Europe as well as other parts of the world to bring their diverse points of view to the table. Workshops will be introduced by top specialists in their field. The results of the conference will be shared widely including with the EU institutions and Member States who may take them into consideration in their further discussions.