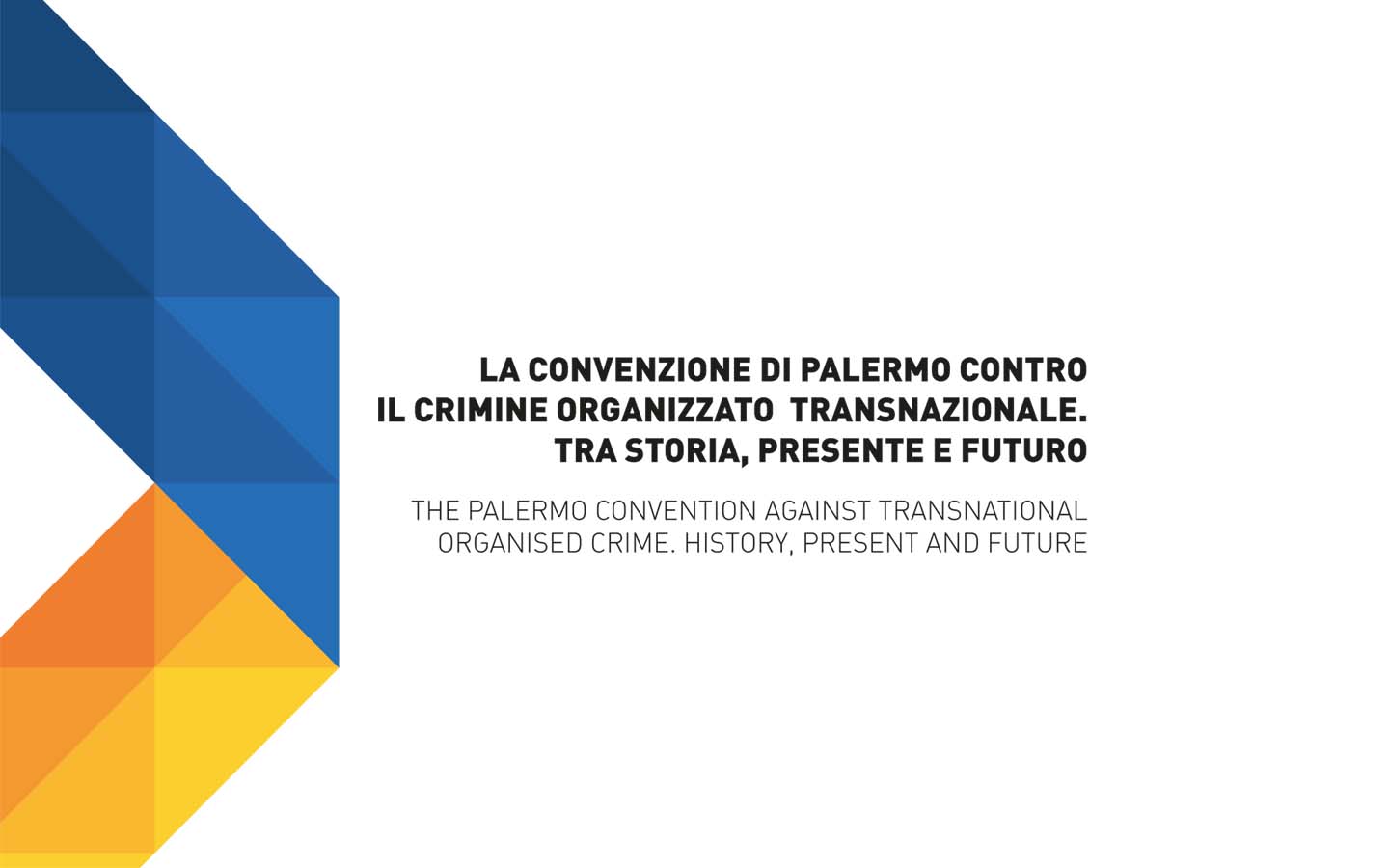 The United Nations Convention against Transnational Organized Crime (Palermo Convention), in force since 2003, is today the most important international instrument for the prevention and repression of transnational organized crime. The Osservatorio sulla criminalità organizzata (CROSS) and the Centre for European Legal Studies on Macro-Crime (Macrocrimes), with the support of the Department for international, legal and historical-political studies (DILHPS) of the University of Milan and of the Department of Law of the University of Ferrara, jointly organized a conference on the 15th anniversary of the entry into force of the Palermo Convention – a moment when the recently adopted review mechanism may contribute to relaunch its role internationally. The rst day of the conference will take place in Milan on 3 May 2019 and is devoted to “Ma a and countering ma a in the Italian experience and the Palermo Convention”. It will provide an opportunity to re ect on the Palermo Convention and on the historical, social, legislative and institutional engagement of Italy against the ma as, which inspired the new international trends in criminal policy. This session is thought of as an opportunity for scholars, magistrates, jurists and members of civil society engaged in the ght against the ma as to give a fresh look at a key collective endeavor – from the theoretical contribution to the elaboration of the Palermo Convention by visionary judges such as Giovanni Falcone, a pioneer of international judicial cooperation between Italy and the United States of America

in the ght against organized crime, to the role of Italian diplomacy in the drafting of the Convention and the three Supplementing Protocols. The Milan session will host some witnesses and key actors of that unforgettable groundbreaking season. It will also seek to explore in which respects the Italian legislative, legal and institutional background, as well as investigative and judicial practices in the ght against the ma as, have in uenced the current international legal regime of the ght against transnational organized crime. It will furthermore consider the adequacy and ef ciency of the main pillars of the Italian anti-ma a legislation – from Article 416 bis of the Italian penal code and the relevant case law to the most recent developments (patrimonial preventive measures, reform of the anti-ma a code, etc.) – also in the perspective of possible amendments to the Palermo Convention, of strengthening its role and present and future potential. The Milan part of the Conference is organized by CROSS with the support of DILHPS. The working language will be Italian.

The second session, dealing with “The Palermo Convention against Transnational Organized Crime 2003-2018; implementing the treaty system”, will be held in Ferrara, at the Department of Law, on 10 May 2019. The aim of this part of the event is to discuss the developments in the Convention system in its 15 years of implementation from different perspectives. The Convention has by now attained almost universal participation: this shows that it re ects current needs of international society as regards the ght against constantly evolving forms of transnational organized crime. This session explore the reasons underlying this success and, at the same time, the dif culties that have arisen in the implementation phase. The focus will be on the institutional structure of the Palermo Convention, whose governance refers on the one hand to the Organization of the United Nations, and on the other hand to the Conference of the Parties, which drives the development of the treaty system also thanks to the contribution of civil society. Another relevant aspect relates to the interaction between the Palermo Convention and other multilateral instruments relating to the ght against crime. Moreover, recent developments in international practice and case law make it all the more important to clarify the relationship between the Palermo Convention and other branches of International Law – notably International Human Rights Law and the International Law of the Sea. The last part of the session will focus on the implementation of the Palermo Convention and its Supplementing Protocols at a national level. Hopefully, this critical appraisal of the success stories, but also of the dif culties that arise in this context, can contribute to the development of best practices and of an appropriate implementation framework, reinforcement of cooperation mechanisms and further development of the Convention system. The working language will be English.

The conference will also provide an opportunity to of cially inaugurate the scienti c activities of the Centre for European Legal Studies on Macro-Crime – Macrocrimes, which was recently set up by the Department of Law of the University of Ferrara within the framework of the MIUR-funded project “Dipartimenti di eccellenza”.

2:30 – 4:00 pm – Panel III. The Palermo Convention and the Challenge of Implementation
Chair: Celina Nowak / Institute of Law Studies – Polish Academy of Sciences
Vincenzo Militello / University of Palermo – The Obligations of Criminalization
Antonio Balsamo / Adviser to the Permanent Representative of Italy to the United Nations, Vienna – The Obligations Relating to International Cooperation

Levent Altan / Victims Support Europe – The Obligations of Prevention, Protection and Assistance to Victims Fernando dalla Chiesa / University of Milan – Law in the Books and Law in Action: How Wide is the Gap? Discussant: Eugenio Zaniboni / University of Foggia
Discussion

The new era of smuggling in the Mediterranean sea